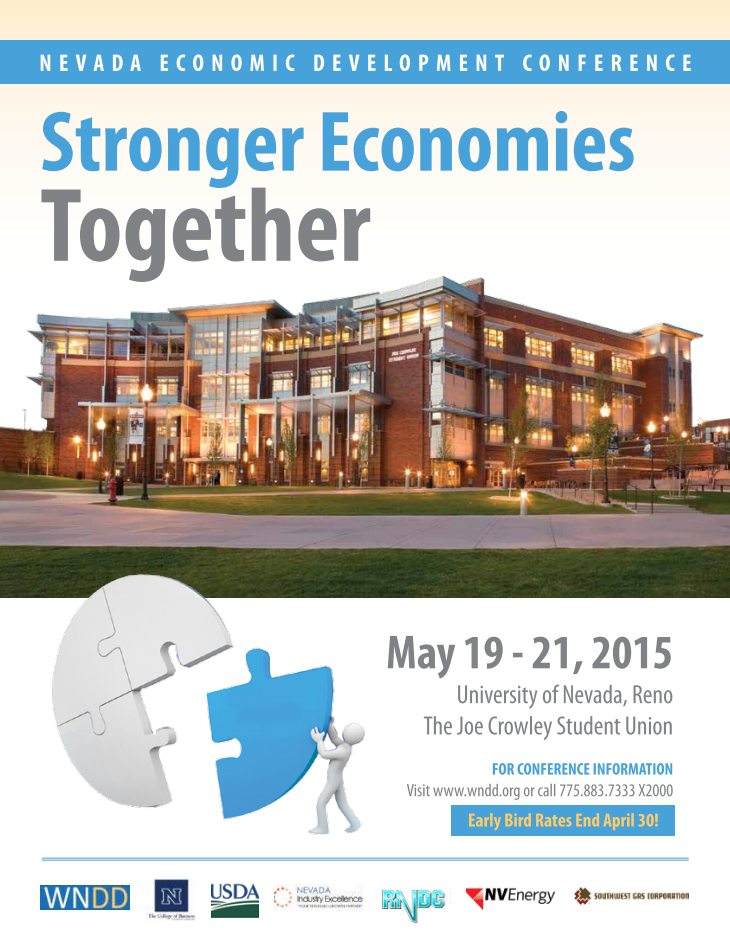 Next week, May 19th – 21st, The Western Nevada Development District will host their Nevada Economic Development Conference in Reno, NV. The Western Nevada region is feeling a resurgence from the hard times of the recession, and this conference is a chance for private and public community leaders to come together and learn about sound strategies for planning the next stages of their shared community.

As a strong proponent of the connected village and downtown revitalization, Jason Broadwater will present a keynote speech titled “Silos to Synergy” explaining how schools, local government, higher education, and the private sector can work collaboratively to produce the best possible experience for the residents of their village.

There will be a lot of excitement and discussion at the conference around Nevada’s recently announced big win- the $5 billion Tesla Motors Gigafactory being built in nearby Storey County.